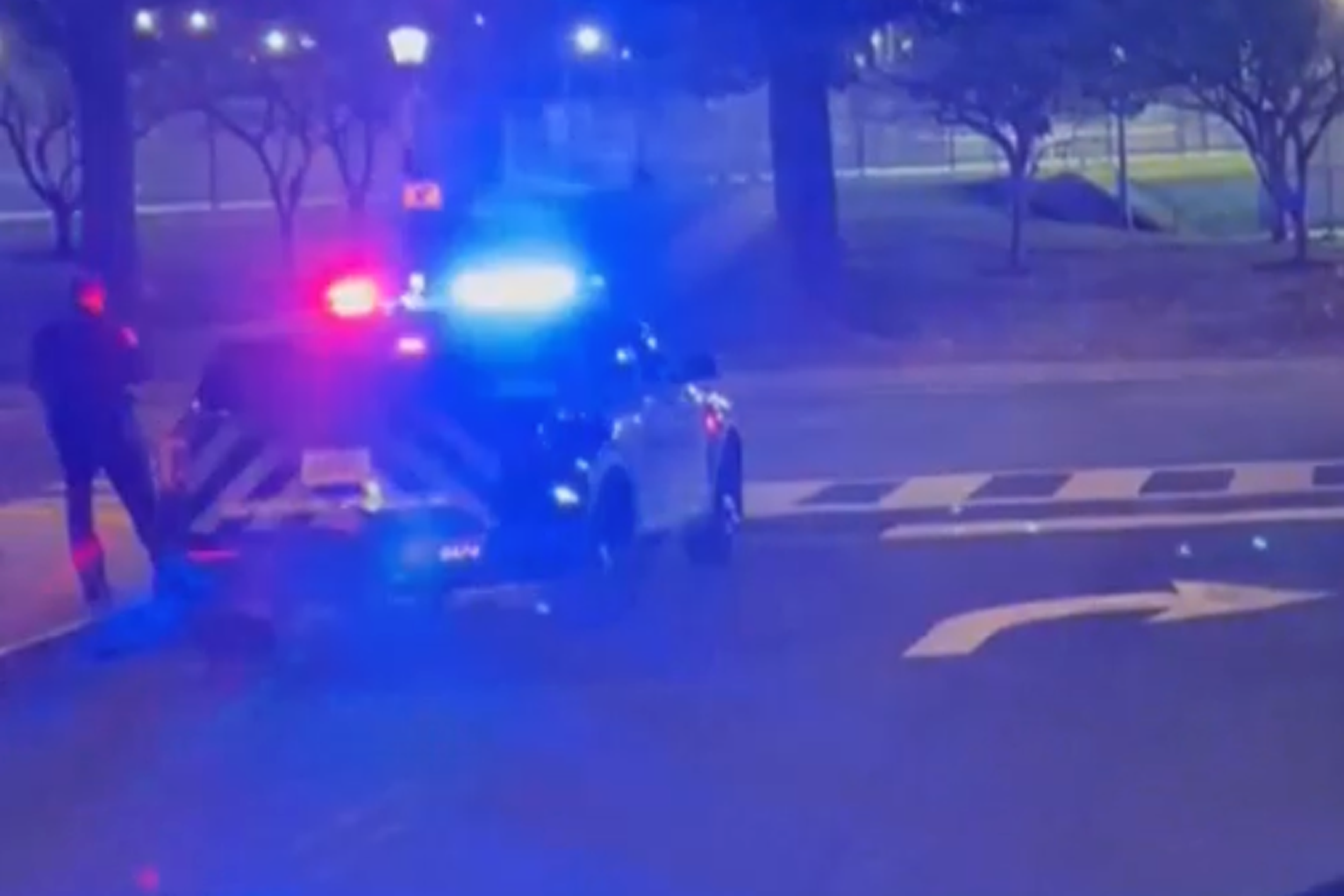 Authorities said they were looking for student Christopher Darnell Jones, considered “armed and dangerous,” in connection with the deadly shooting.

A shooting at the University of Virginia left three people dead and at least two others injured, sparking a manhunt for a suspect Monday and warnings for students to “shelter in place” or “RUN HIDE FIGHT.”

Gunfire was initially reported at a parking garage on Culbreth Road, near the school’s drama building, at around 10:30 p.m. Sunday, the University of Virginia Office of Emergency Management said in a tweet.

“I am heartbroken to report that the shooting has resulted in three fatalities,” Jim Ryan, the university’s president, said later in an email to students. He said two additional victims were also injured in the shooting and were receiving medical care. He did not release names of the deceased.

“This is a message any leader hopes never to have to send, and I am devastated that this violence has visited the University of Virginia,” Ryan said. He said classes would be cancelled for Monday, with only designated essential employees expected to report to work.

Authorities said they were looking for Christopher Darnell Jones in connection with the deadly shooting. Ryan described Jones as “one of our students” in his message.

“Call 911 if seen, do not approach,” the University of Virginia Police Department warned in a tweet, sharing a photo of Jones.

The same photo appears on a profile for Jones in a 2018 football roster shared on the official website for the Virginia Cavaliers. The profile says Jones did not appear in any games that year.

Early on in the incident, both the police department and the university’s emergency management office shared warnings for students to “shelter in place” or “RUN HIDE FIGHT.”

The suspect was last seen wearing a burgundy jacket, blue jeans and red shoes, the university’s emergency management office said, adding that he could be driving a black SUV.

In a later update shared at around 2:55 a.m. EST, the university’s emergency management office said multiple agencies, including a Virginia State Police helicopter, were still searching for the suspect.

The office warned that the suspect was still considered “armed and dangerous,” as it repeated calls for residents to shelter in place as the manhunt took place.

“We have all received several shelter in place texts, and they are frightening,” Robyn S. Hadley, vice president and dean of students at the University of Virginia, said in an email sent out to students. “I am on Grounds like many of you; I am sheltering in place and in direct touch with University leadership and UPD.”