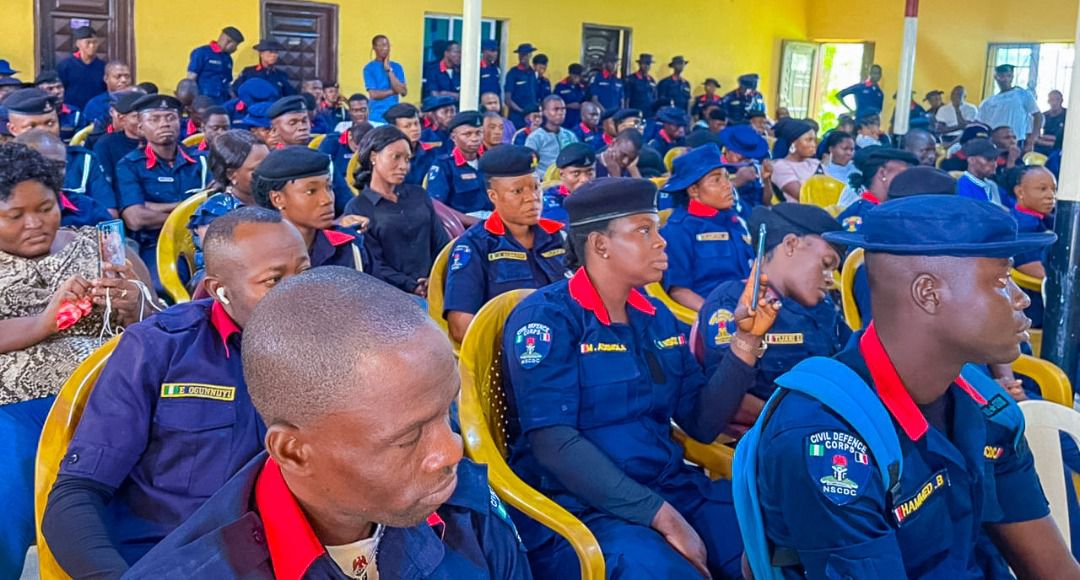 A public lecture was organized by the Peace and Conflict Resolutions Unit of the Command to commemorate this year celebration. While delivering his speech, the State Commandant, Sunday Agboola said “Achieving true peace goes beyond laying down of arms, it requires a conscious and deliberate attempt to build societies where all and sundry enjoy a sense of belonging, a society devoid of all forms of discriminations”

Commandant Agboola stressed further “NSCDC Osun State Command aligns with the ideology of the United Nation to celebrate the Peace day in order to enjoy a world where we are all treated equally, regardless of our colours, race, language, religion, ethnicity, clans, beliefs, ideas, even social, political or economic affiliation”

In his lecture titled “END RACISM, BUILD PEACE: The Role of NSCDC in The Fight Against Racism For National Peace Building” the guest speaker, Professor John Agbonifo, a director, global affairs and sustainable development institute, Osun State University, Osogbo called on NSCDC personnel to see civil rights as personal rights of members of the public devoid of unlawful discriminations, such discriminations could be on the basis of skin colour, ethnicity, religion and disability.

Professor Agbonifo therefore enjoined NSCDC to build a close ties across the society “See citizens as fellow citizens who have issues, who need help, many of them have information to help you deliver on your core mandates, reach out to people, this is the only way you can end Racism and build Peace” Professor Agbonifo said. The guest speaker also made it known that, a society can only be peaceful if the people desire it. “If we desire a society of peace, we must do away with violence and we must not discriminate against anyone”

Delivering her welcome address, the head of unit, Peace and Conflict Resolutions, Deputy Commandant Esokawu Charity Oluchi emphasized that Peace is everybody’s business which must be embraced by everyone. The Royal Father of the day, HRM, Oba (Dr.) Micheal Odunayo Ajayi, Elerinmo of Erinmo Ijesha advised everyone to shun racism saying there is unity in diversity “Embrace equality and equity as this governs both the high and low, the weak and the strong.” He said. The celebration which started with a road walk in the morning featured goodwill messages, Ibo, Yoruba and Hausa cultural display.

It was well attended by sister security agencies,  Hausa, Fulani, Ibo and Yoruba communities in the state, representatives of Joint National Persons living with disabilities were also in attendance.