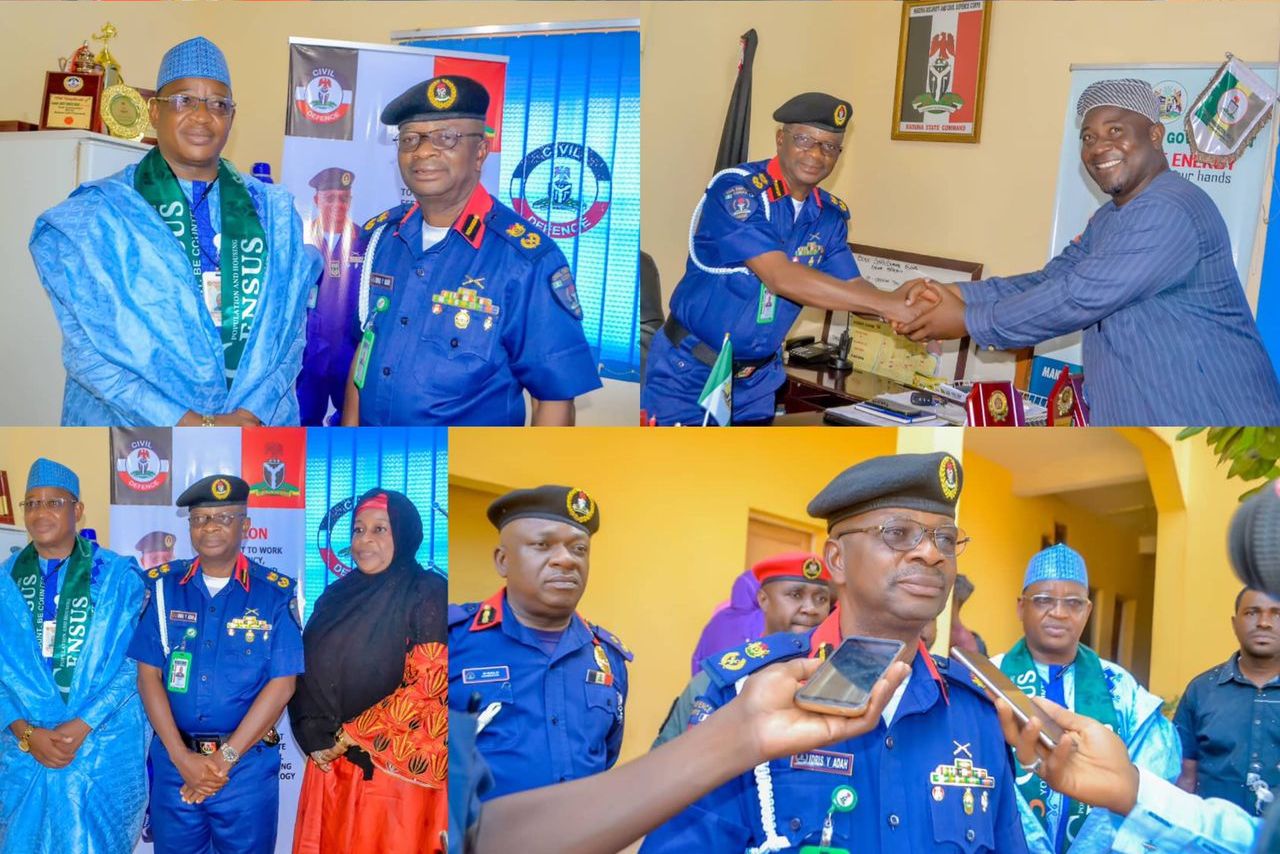 The Federal Commissioner, National Population Commission and Commandant Nigeria Security and Civil Defence Corps, Kaduna Command, have agreed to strengthen the synergy between the duo ahead of next year’s headcount to pave the way for a hitch free exercise.

The resolve formed part of discussions when the Federal Commissioner of the National Population Commission, Dr. Abdulmalik Mohammed Durunguna paid a visit on his counterpart in the Nigeria Security and Civil Defence Corps, Commandant Idris Yahaya Adah.

The Federal Commissioner who expressed appreciation with the performance of the Corps in the discharge of its security duties, added “NSCDC played an important role in providing security cover during the enumeration mop up at Birni Gwari Local Government Area last month.”

In recognition of the collaboration, the Commissioner further requested for more support in the forth coming Census, adding that the NPC has been enjoying the cooperation from NSCDC across the country.

Durunguna appreciated efforts of the entire Corps for its resolve and strategies in combating crime and criminality in the country.

Responding, State Commandant of NSCDC, Idris Yahaya Adah applauded the Federal Commissioner, NPC for the visit and promised to strengthen the synergy both agencies enjoy.

Adah also assured the commission of support by providing for its personnel and materials while carrying out their functions.