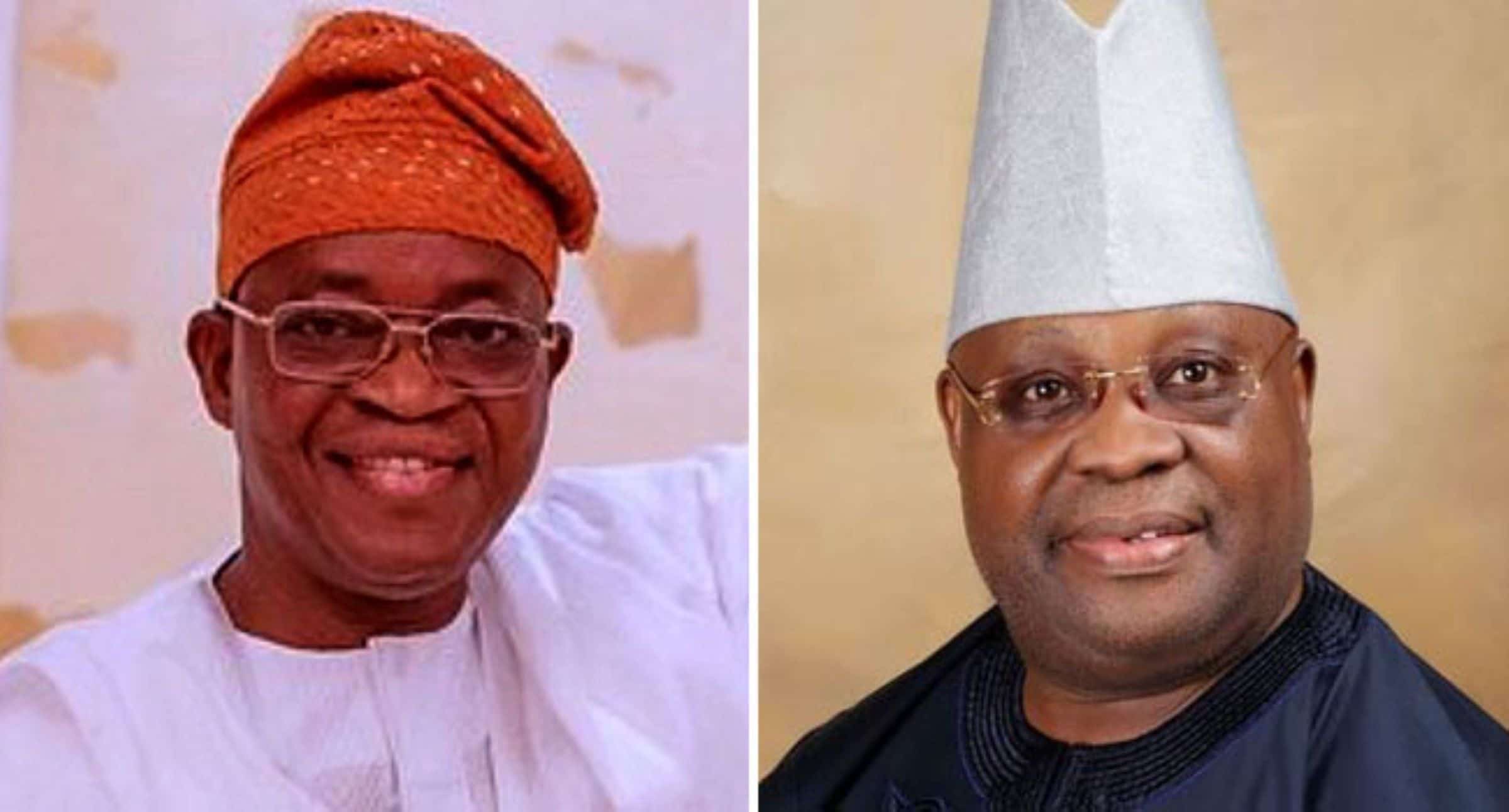 The Osun State Governor-elect, Ademola Adeleke, has condemned alleged attempts by the sitting Governor Adegboyega Oyetola to make governance difficult for him when he is sworn in next month. Adeleke accused Oyetola of setting senseless traps to frustrate his administration.

The governor-elect, who made this accusation in Ede, Osun State yesterday when he received a report of the Peoples Democratic Party’s (PDP) transition committee, promised the state a purposeful leadership no matter what.

While commending the committee members for a job well done, he said “To the outgoing government, I condemn the deliberate efforts to destabilise the state and its governance assets. It is sad that someone who is entrusted with leadership, Governor Oyetola has chosen the path of booby-trapping state structures to make Osun ungovernable.

“From padding state payroll to multiple engagements outside the due process, the collective assets and treasury of Osun State are being distorted, diverted and mortgaged for selfish political and private interests.”

“I make a vow to the people of Osun State that none of the ongoing illegalities will stand under my leadership. We are compiling the long list of infractions committed in the dying minutes of the APC government,” Adeleke noted.

Meanwhile, Oyetola in his reaction to Adeleke’s accusation asked him to tell the people of Osun if he is indeed capable to govern them.

Oyetola, who reacted through his Special Adviser on Political Affairs, Sunday Akere noted that “Governor Oyetola has the mandate of the people of Osun until midnight of November 26 and he will carry out the mandate as entrusted by the people in all ramifications.

“If the so-called governor-elect feels that he is not capable of shouldering the responsibility of administering Osun, he should openly tell the people. They are not there yet and they are not in the position to tell Governor Oyetola what he should do.”