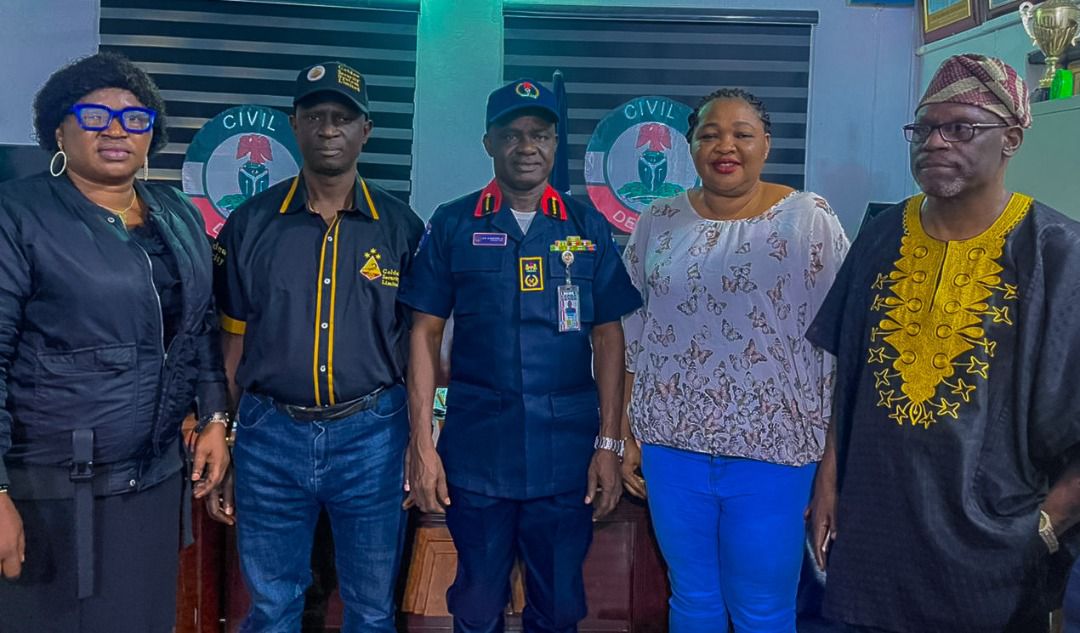 In a bid to strengthen the relationship between government security agencies and Private Guards Companies (PGC), the Association of Licensed Private Security Practitioners of Nigeria (ALPSPN), paid a courtesy visit to Nigeria Security and Civil Defence Corps (NSCDC), Osun State Command after a change in the leadership of the Command.

The new State Commandant, Mr. Agboola Adisa Sunday tasked them to be more proactive in the areas of intelligence gathering, prompt renewal of licenses, professionalism and appropriate trainings by the Corps as the government’s nominated regulator and supervisor.

He lauded the Association on their exemplary effort in grassroots security and the efforts made by private security guards in providing intelligence reports to the Corps to nip in the bud cases that could affect the security of the nation. He, also, encouraged them not to relent at all as the Corps appreciates and expects more from them for more effective security service delivery to the country.

He assured the Association of unhitched support to flush out quacks within their ranks in order to sanitize and provide proper punitive measures against illegal practices and defaulters.

He also reassured the executives that he would always be ready to render assistance whenever the need arises, especially, as it would lead to making PGCs a more vibrant industry, which is made up of professionals.

Commandant Agboola concluded by urging the Association to insist on professionalism, payment of standard salary and staff welfare packages such as health insurance, pensions and so on to become the norms. “Training and retraining of the staff must be paramount as they should take advantage of the opportunity provided by the Corps,” the State Commandant reiterated.

The Chairperson of the ALPSPN, Osun State Chapter, Chief (Mrs.) Odebode Lawal Mobola, who led other executives to the NSCDC boss said, the visit was timely as it served as sensitization and familiarization of the ALPSPN executives with the new Commandant to harmonize and collaborate in the fight against quacks in the State.

She emphasized the need to have a cordial working relationship with the Command, other stakeholders in the fight against quackery and other unprofessional practices of some Private Guards Companies in the State. She also pledged the commitment of members of the association to abide by the rules and regulations set by the Private Guards Company Act and the Corps for effective service delivery.