AT LEAST 60 DEAD, MANY INJURED AFTER INDIA BRIDGE COLLAPSE 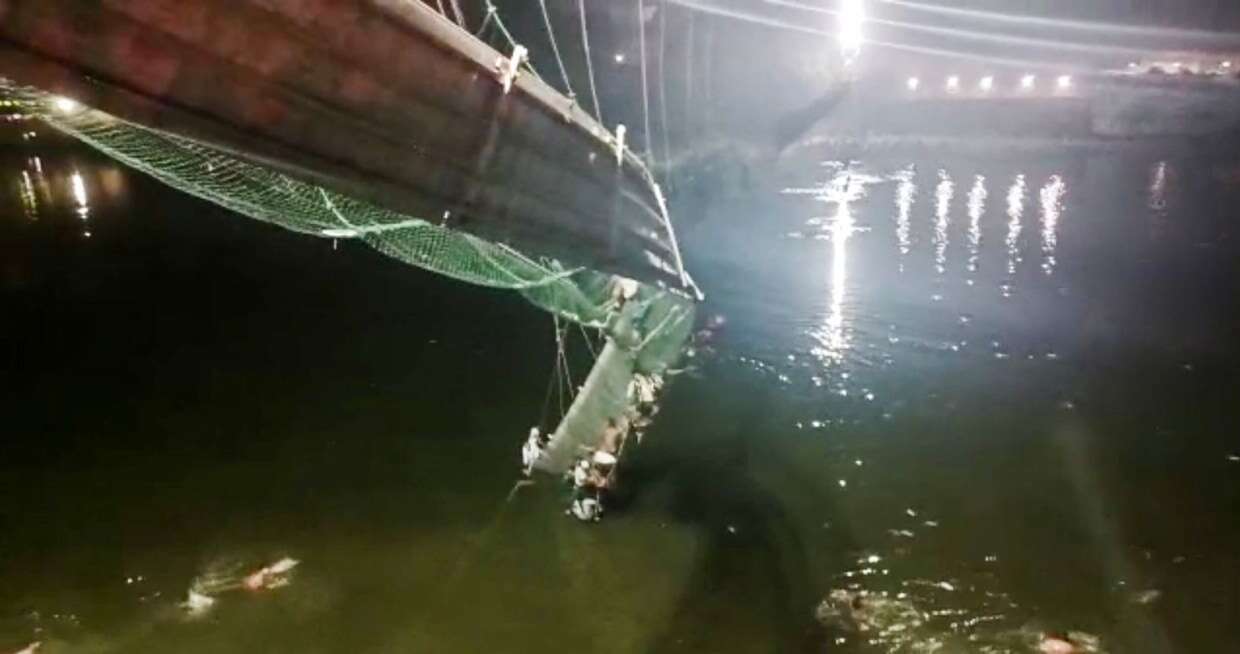 Local media reports said hundreds plunged into the Machchu river when the bridge in the state’s Morbi district collapsed. It was not immediately clear how many people were on the bridge.

NEW DELHI — At least 60 people died and many are feared injured after a cable bridge collapsed into a river in the western Indian state of Gujarat on Sunday evening, local media reported.

Officials told local media over a hundred people were plunged into the Machchu river when the bridge in the state’s Morbi district collapsed. It was not immediately clear how many people were on the bridge, but officials fear the death toll could rise.

State minister Brijesh Merja told television channels that 60 people have died so far and that 17 people were admitted to hospitals.

Days ago, the 19th-century, colonial-era bridge was reopened after renovation. Officials said that the bridge gave way because it could not handle the number of people on it.

“Due to the bridge collapse, several people fell into the river. A rescue operation is underway,” Merja was quoted as saying by the Press Trust of India news agency. “There are reports that several people have suffered injuries. They are being rushed to hospitals.”

Videos on social media showed people clinging onto the partly submerged bridge in distress while another showed people swimming to safety.

Prime Minister Narendra Modi, who is in his home state of Gujarat on a three-day visit, said he was “deeply saddened by the tragedy.” His office announced compensation to the families of the dead and urged for speedy rescue efforts.