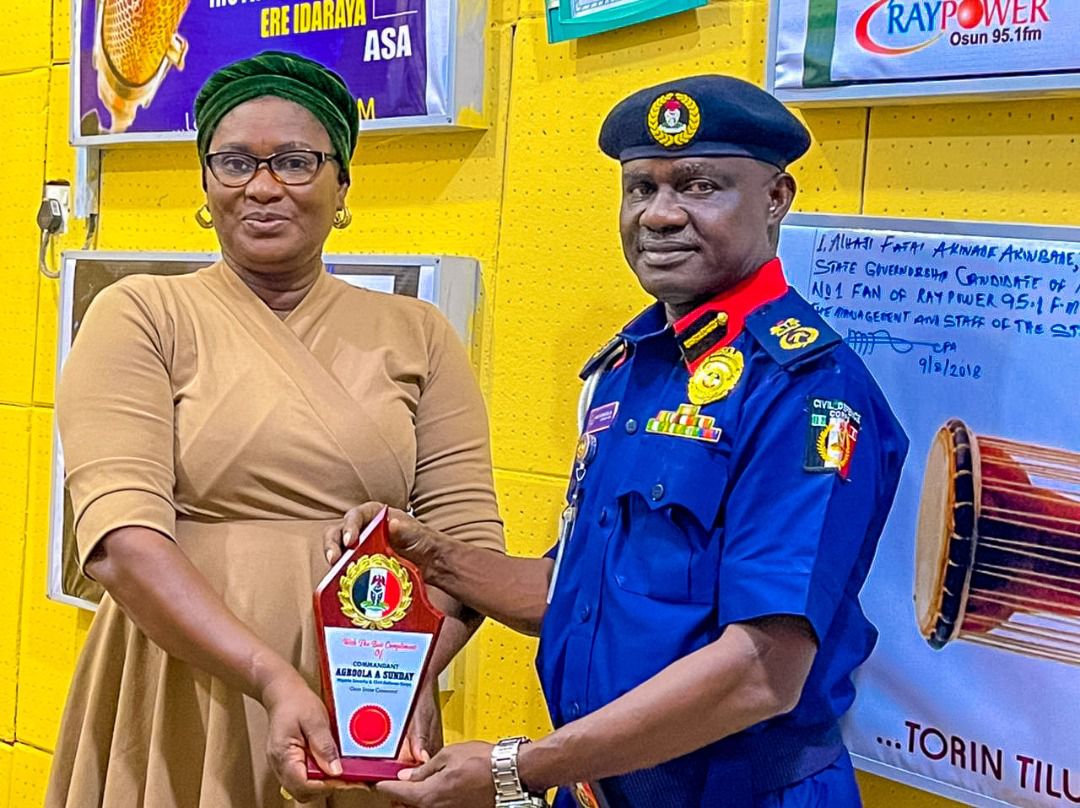 Nigeria Security and Civil Defence Corps, Osun State Command boss,  Mr. Agboola Adisa Sunday visited the office of DAAR Communications in the State capital on Thursday 4th August 2022. The visit was aimed at strengthening the Corps’ relationship with the broadcasting organization in the fight against fake news.

The Commandant in his address appreciated the management of Africa Independent Television (AIT) and Ray Power FM for their professionalism. He reiterated that disinformation is one of the major causes of concern in the country. According to him: “Behind false news or fake news, strategies are often articulated to manipulate public opinion and erode the stability of States and their institutions”.

The Commandant urged the organization to promote news literacy and professional journalism in the State. In his words: “news industry must provide high-quality journalism in order to build public trust and correct fake news and disinformation without legitimizing them”.

Mrs. Folashade Oshodi, Head of Station, Ray Power FM in her response commended the Commandant for his visit to the station. She stated that the visit was at the appropriate time due to the nagging insecurity situation in the country. She further emphasized the need for Nigerians to brace themselves in the fight against misinformation and fake news serving as catalyst to insecurity.

In addition, Mrs. Oshodi while soliciting for a robust synergy between the two organisations lauded the Corps for its efforts in combating crimes in the state. She stressed that the visit would strengthen the existing relationship between DAAR Communications and the Corps.

The visit was rounded off with an interview of the Osun State NSCDC boss on Ray Power FM where the Commandant confirmed his commitment to combat crimes in State and protect Critical National Assets and Infrastructure.