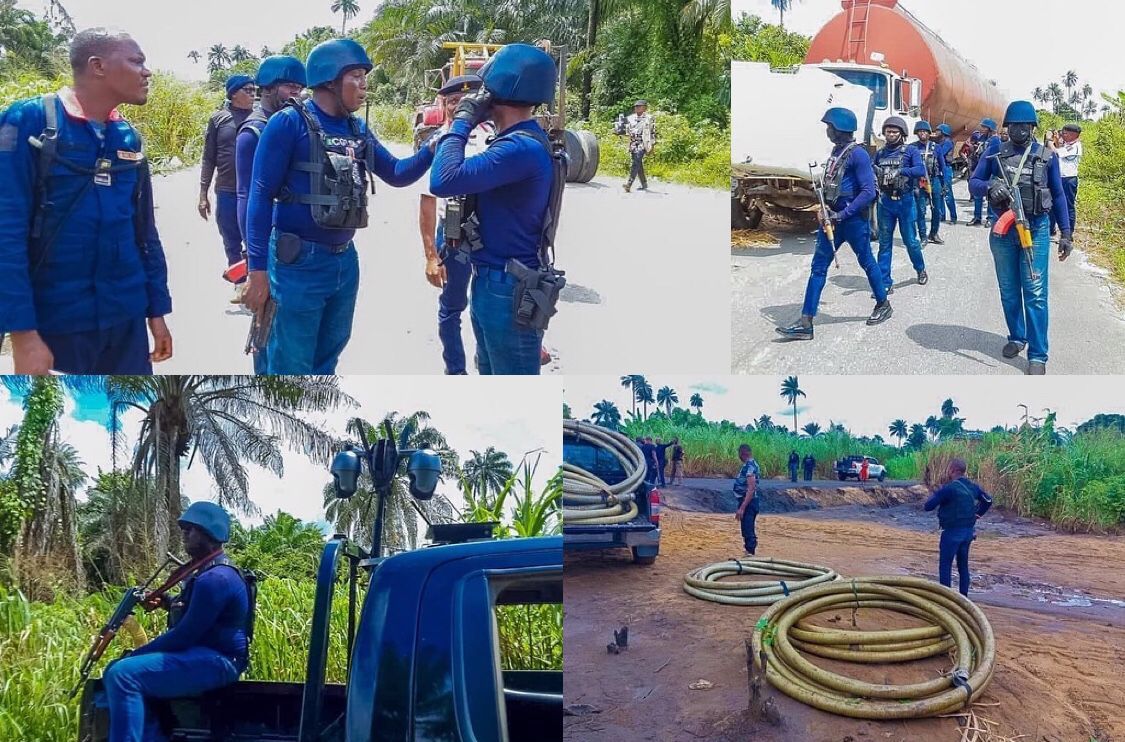 The oil tankers were intercepted while conveying very large quantities of locally and illegal refined AGO in tankers and many cellophane bags packed in the two vehicles.

The 6 trucks exhibit have since been successfully evacuated and handed over to the Delta State Command for further investigation and prosecution.