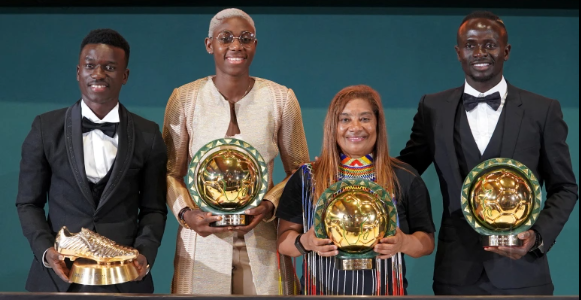 Asisat Oshoala has been named African Player of the Year for a record fifth time! Barça’s 27-year-old striker received the award in Rabat (Morocco), where other winners included Sadio Mané (Bayern Munich) in the men’s category and Senegal as Team of the Year.

Oshoala thus adds 2022 to her previous wins in 2014, 2016, 2017 and 2019.
Oshoala was the joint highest goal scorer in last season’s Spanish league with 20 goals, matched with Geyse Ferreira of Madrid CFF (who has since joined Barça).