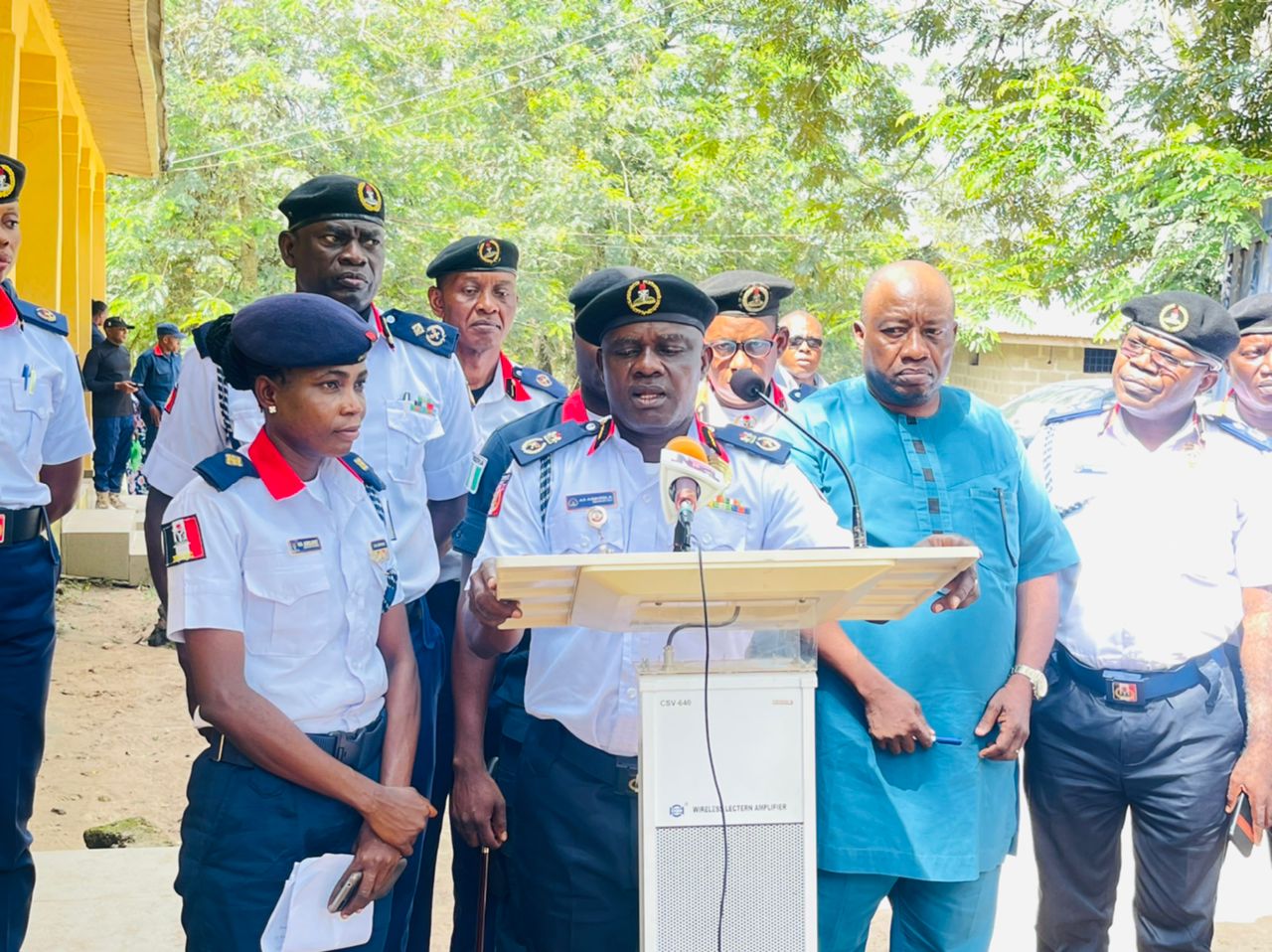 The Commandant of the Corps in the State, Sunday Agboola, while parading the suspects at the State headquarters of the Corps in Osogbo, said one of the suspects, Mr. Odejide Oluwole, a 46-year-old petrol attendant at Abdukudus Filing Station, Osunjela area of the State, absconded with the sum of N120,000 belonging to his employer. Agboola said: “Mr. Odejide Oluwole, 46-years-old petrol attendant at Abdukudus Filing Station, Osunjela was alleged to have stolen the sum of N120,000 being the proceeds of the petrol he sold on October 9, 2022. “He absconded from the station under pretence that he wanted to buy food but was later arrested on Monday, October 10, 2022 at CMS junction area, Osogbo.”

The Commandant explained that another suspect, Bamidele Kayode, aged 33, was arrested by NSCDC officers in Ila-Orangun Divisional Office on October 12, 2022. The suspect was said to have been found in possession of stolen items which included one Sony DVD player, one zealot MP3, one Luxer Plasma TV with stand, two remote control and 1 to 1 cable at the point of arrest. “The suspect confessed to have gone into the house of one Dada (principal suspect and currently at large) in Ila-Orangun based on his instruction to help him pack those items from his room for safe-keeping because of the leaking roof of his house to avoid being damaged by excessive rainfall. “Kayode was found in possession of stolen items, hence, he has a case to answer. “Also, a 32-year-old Olajide Samuel forcefully entered a house belonging one Mrs. Eunice Olamide on September 18, 2022 at Ilo-Ijesa, Osun State. He stole a handset Techno F1 and unascertained amount of money. He was arrested through tracking process by the corps,” Agboola said.

The NSCDC boss said the suspects would be arraigned at competent court once investigation was over. He warned criminally minded people in the State to pack out of the State or face wraths of the law.