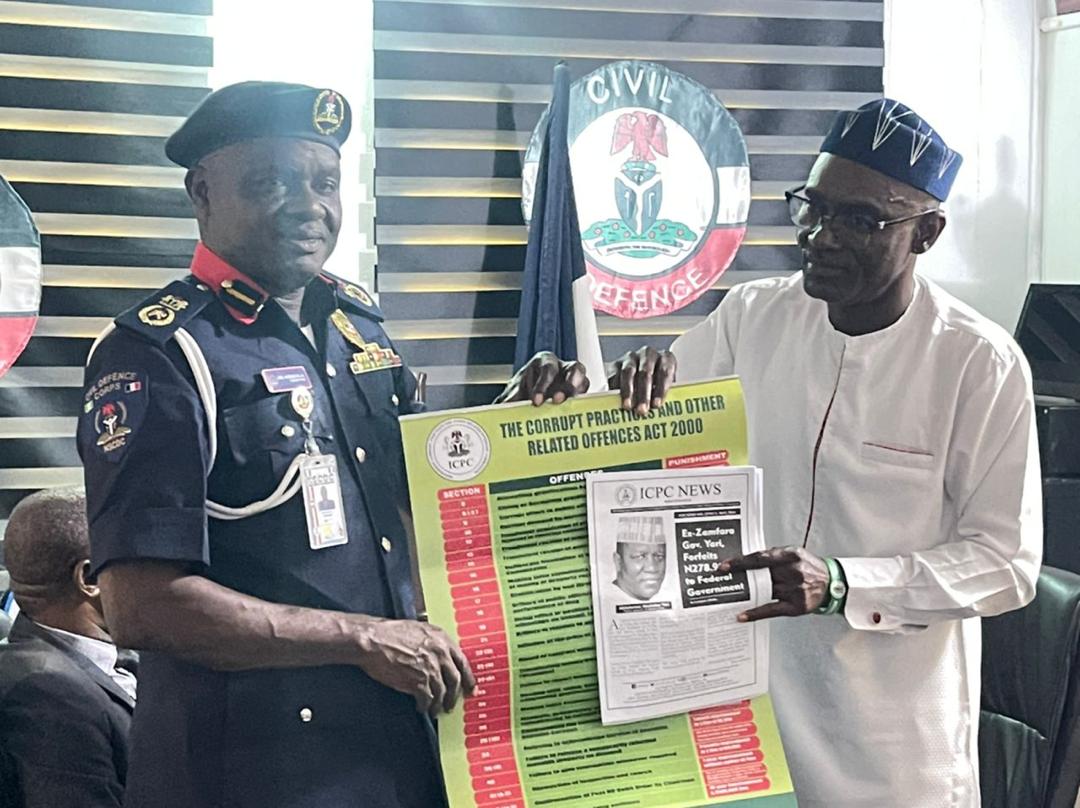 This was made known by Osun State Commandant of NSCDC Agboola Sunday during a courtesy visit to his office by ICPC, Resident Anti Corruption Commissioner in Osun State, Mr. Demola Bakare

Speaking, the Resident Anti Corruption Commissioner, Mr. Demola Bakare said a collective efforts of all and sundry is needed to take Nigeria to an enviable height

According to him ” everyone is expected to do what is right, whether anyone is watching or not, this is the only way we can all tackle the menace of corruption” Bakare said

He also enjoined all law enforcement agencies in the country to put on the toga of integrity while discharging their duties, saying bribery and gratifications would not allow them to give their best in service to the nation