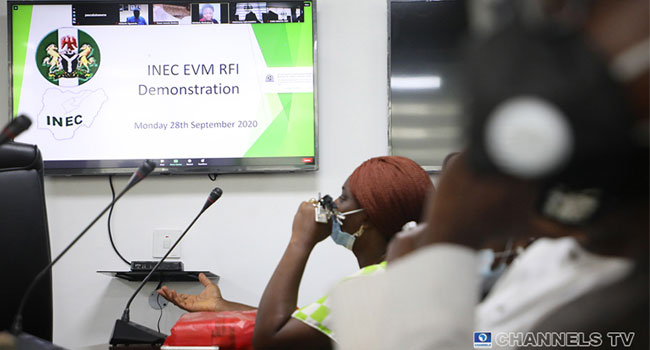 Ahead of the 2023 general election, the Independent National Electoral Commission (INEC) has disclosed plans to recruit 1.4 million ad-hoc staff to assist with the conduct of the election.

According to the electoral body, it has launched the INEC press to handle recruitment of the 1.4 million ad-hoc staff the commission needs.

The National Commissioner and Chairman of the Information and Voter Education Committee of the commission, Festus Okoye revealed in a Punch newspaper interview that the commission is carrying out minor and major repairs and renovations of its state and local government offices in readiness for the election.

Okoye noted that 23 state zonal stores of the commission have taken delivery of the Bimodal Voter Accreditation System (BVAS) and have stored them at their warehouses for safety, adding that they have also taken deliveries of non-sensitive materials required for the election.

He said the commission had commenced the training of trainers for the operation of BVAS, and the trainers are intended to also train at least 8,809 registration area technical assistants for the various registration areas, who will then train the recruited ad-hoc staff that will conduct elections in the 176,846 polling units.

According to Okoye, the commission has gone far in its preparations for the conduct of the 2023 general election, adding that the electoral body has implemented nine out of fourteen of the list of items, timelines and schedules for the election.

He advanced that “The commission has gone far in its preparations for the conduct of the 2023 general election. If you recall, on February 26, 2022, the commission released the Timetable and Schedule of Activities for the Conduct of the 2023 General Election and listed 14 critical items, timelines and schedules that must be accomplished. Out of the listed 14 items, the commission has implemented nine and is on schedule. The political parties have submitted the names and personal particulars of their validly-nominated candidates. The political parties and their candidates have flagged off their rallies, processions, and campaigns.

“Presently, the commission is improving, enhancing, and deploying its Election Monitoring and Support System. These are tools that provide monitoring, implementation, early warning, field support, and coordination for all electoral activities for the general elections. The commission will monitor key election events and track critical election activities, functions, and processes as well as key performance indicators and timelines. No activity is too small to be planned.”

“The commission will audit the various Registration Area Centres and Super RACS ahead of the election. These are public facilities used for the housing of ad-hoc staff before the election. The local and state governments own these facilities, and most of them are not in good condition and lack the basic amenities required to house the ad-hoc staff.

“The commission is also in discussion with the security agencies to harmonise their deployment plans and strategies and deploy early to the registration centres and escort ad-hoc staff carrying sensitive materials to the polling units rather than proceeding directly to the polling units,” Okoye submitted.