AISHA BUHARI TO TESTIFY AGAINST AMINU 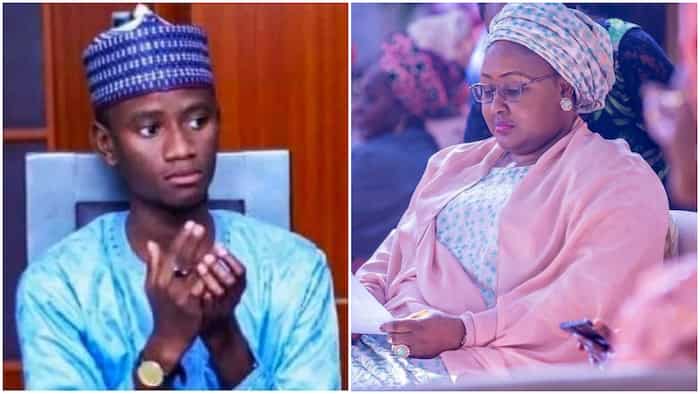 The First Lady of Nigeria, Aisha Buhari is sets to testify against a student of the Federal University, Dutse, Jigawa State, Aminu Adamu for allegedly defaming her.

The 24-year-old was trailed to his school and was arrested by security operatives and ever since his arrest Aminu has been in detention for nearly two weeks.

Aminu on Tuesday was arraigned before a judge, Yusuf Halilu, of the Federal Capital Territory High Court at Maitama.

The student during trial pleaded not guilty and was remanded at Suleja prison in Niger State.

In the one-count charge marked: CR/89/2022, and dated 23 November, the police said, “between May and June 2022 within the jurisdiction of this court, did intentionally open a Twitter handle with the name, Catalyst and screenshot the photograph of her Excellency Hajia Aisha Buhari and wrote on it in the Hausa language… roughly translated to the English language to mean ‘Mama has embezzled monies meant for the poor to satisfaction’ and posted same on your above Twitter handle.. knowing same to be false and capable of affecting her reputation.”

The police said the alleged offence bordering on defamation and cyber-stalking, contravened Section 391 of the Penal Code.

President Buhari’s wife was named in the list of witnesses attached to the proof of evidence filed by the police.

Another witness is Festus Jossiah, one of the investigators that tracked and arrested the defendant.

Abdulsalam Zakari, Yahaya Njayo and Haliru Tahir, all police officers, are the other proposed prosecution witnesses lined up against the defendant.

Court filings signed by James Idachaba, a lawyer at the FCT police legal department in Abuja, listed Mr. Adamu’s statement, a printout of the alleged defamatory post and an iPhone belonging to the defendant, as exhibits.