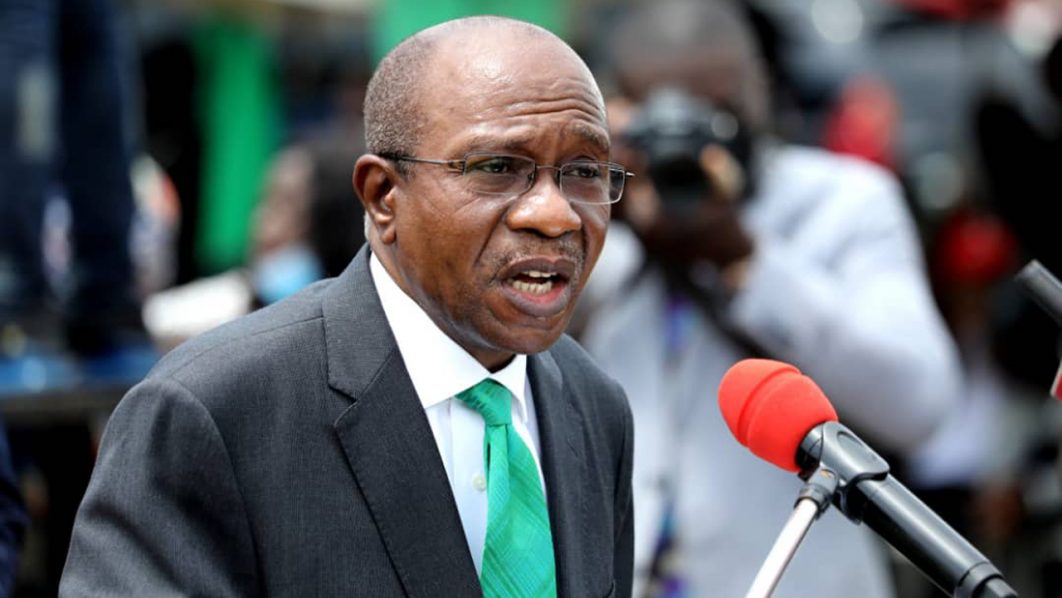 In a bid to avoid arrest and prosecution for allegedly financing terrorism, the embattled Governor of the Central Bank of Nigeria (CBN), Godwin Emefiele, has reportedly concluded plans to seek refugee status in the United Kingdom.

It was earlier reported that the Department of State Security Services (DSS) and the Inspector-General of Police (IGP) had been stopped by a High Court in Abuja from arresting and detaining Godwin Emefiele. The security agencies had made moves to arrest Emefiele over allegations of terrorism and sundry offences against him.

The court on Thursday also restrained the Attorney General of the Federation (AGF), the Economic and Financial Crimes Commission (EFCC) and the CBN, who are listed as 1st, 2nd and 5th defendants. The presiding judge, Justice MA Hassan gave the order while delivering judgment in a suit marked FCT/HC/CV/GAR/41/2022, filed by the Incorporated Trustees of Forum for Accountability and Good Leadership.

Justice Hassan before the ruling on Thursday had on the 19th of December granted an exparte application restraining the defendants from arresting and detaining the CBN governor.

But not totally satisfied with the court’s ruling and with the DSS infamous reputation for flouting courts directive, the CBN governor is seeking asylum over threats to his position and personal safety.

“Since it is now looking impossible for him to return to Nigeria, the next move is to file for asylum in the UK. The UK is his first option for asylum, but he has not ruled out the United States, either,” a source told Peoples Gazette.

It was gathered that Emefiele, who has been afraid that things could grow more complicated for him should he delay his asylum application, has been weighing his options from abroad.

According to sources, President Muhammadu Buhari had given the CBN governor permission to proceed on vacation until January 9, 2023. But with that deadline drawing nearer, Emefiele or Buhari must find a solution to his ordeal.

A source familiar with the matter said: “January 9 to 10 will be the most critical period for everyone involved in this matter.

“So that is why I said it is an important day for both the governor and the president.”

Gazette reports that Emefiele is unwilling to return to Nigeria except President Buhari publicly assures him that he would not be arrested.

“The governor is absolutely sure that only the president can call everyone behind this senseless assault to order,” the second source added.

“The president has to intervene and intervene publicly. It is only if he intervenes publicly that the governor can be assured of his safety and economic stability can be restored.”

It was also confirmed that the CBN governor plans to use the December 13 court order that dismissed the DSS allegations and effectively declared him a victim on a hatch job in seeking an asylum.

“The court had only listened to the SSS version of the allegations and still dismissed everything as lacking any shred of evidence,” the second source said. “Now imagine what would happen if the governor is allowed to make his own case.”