DO NOT SELL CHRISTIANS FOR PLATE OF PORRIDGE – NACF ASKS LALONG, OTHERS TO RESIGN FROM TINUBU’S PCC 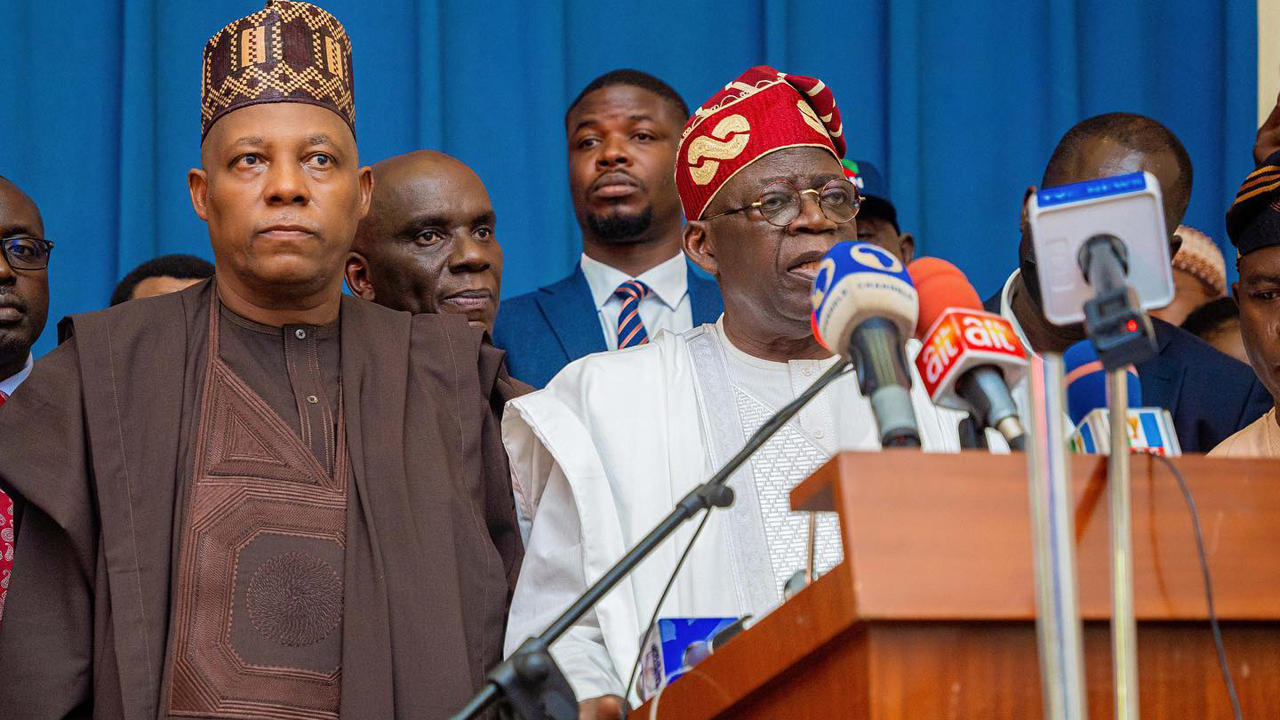 The Northern All Progressives Congress (APC) Christian Forum – NACF has maintained that they will not support the party’s presidential candidate, Asiwaju Bola Ahmed Tinubu, in the forthcoming election over his Muslim-Muslim ticket.

In solidarity with the Christian community, NACF warned Northern Christian leaders, including the Governor of Plateau State, Simon Lalong, whose name appeared in Tinubu’s Presidential Campaign Council list, to resign from the single faith ticket immediately.

The forum made the call at a press briefing in Abuja on Sunday. In his remark during the briefing, General Secretary of NACF, Lukas Bako, described APC’s refusal to respect the religious diversity of its members and ensure balance in its presidential ticket as a deliberate attempt to delineate the Christian population in Northern Nigeria.

According to the NACF, the present arrangement in the APC would subject Christians to untold persecution if the ruling party should win the presidential election come 2023.

Bako said: “It is our firm position that the issue of Muslim-Muslim Ticket has been treated with kids’ gloves by the leadership of the APC.

“This, in our considered opinion, is a gross disregard for the religious configuration of the country and the need to ensure a balanced ticket that would address the concerns and reservations of the religious groups in the country.

“It remains a hard pill to swallow for the country’s Christian community with the APC’s action in fielding a Muslim-Muslim Ticket for the 2023 presidential elections.

”We also find it worrisome that the APC has not deemed it necessary to address this genuine concern in the overarching objective of carrying all members of the APC family along in preparation for the 2023 presidential elections.

”Our concern also stems from the fact that the action of the APC can breed distrust among the religious groupings in the country. It must be stated that with the Muslim-Muslim Ticket, the Northern Christians have been marginalized and without recourse to the implication of such actions in the overall psyche of the people,” the statement added.

The party stakeholders used the medium to reiterate their resolution not to back the APC presidential ticket unless the leadership of the APC addresses its concerns.

NACF maintained that it stands with the position of the Christian Association of Nigeria (CAN), that the Christians in the APC Presidential Campaign Council are betrayers who have sold their conscience in return for a plate of porridge, which is a slap on the Body of Christ in Nigeria.

“It is more worrisome that they have carried on recklessly as if there are no credible northern Christians suitable enough to be a vice presidential candidate. This is unacceptable and indicates that under the present arrangement, the Christians would suffer untold persecution under an APC government in Nigeria.

It further demanded that the likes of Lalong and other Christians in the APC PCC should resign their campaign council membership in protest until the needful is done.

Bako stressed that ”The APC must come to terms with the reality that Northern Christians were, indeed, notable stakeholders in the APC, and their contributions to the growth and development of the party over the years cannot be overemphasized.

“What is good for the goose should be good for the gander, and this much the Northern Christians in the APC are demanding, which, in all intent and purposes, is not too much to ask in the overarching objective of entrenching equity and fairness.

“The APC leadership must desist from treating Northern Christians as inconsequential in the country’s scheme of affairs, hence the choice of the Muslim-Muslim Ticket.

”The danger of such misgiving could ignite a religious crisis in the country, hence the need for caution from the leadership of the APC.

“The Concerned Northern APC Christians Forum is stating unequivocally that Christians will not support the APC Presidential Team until the Muslim – Muslim Ticket issue is resolved holistically.

“We trust that the APC presidential candidate would see reason with the demands from Northern Christians and consequently do the needful in furtherance of his message of uniting Nigerians.”