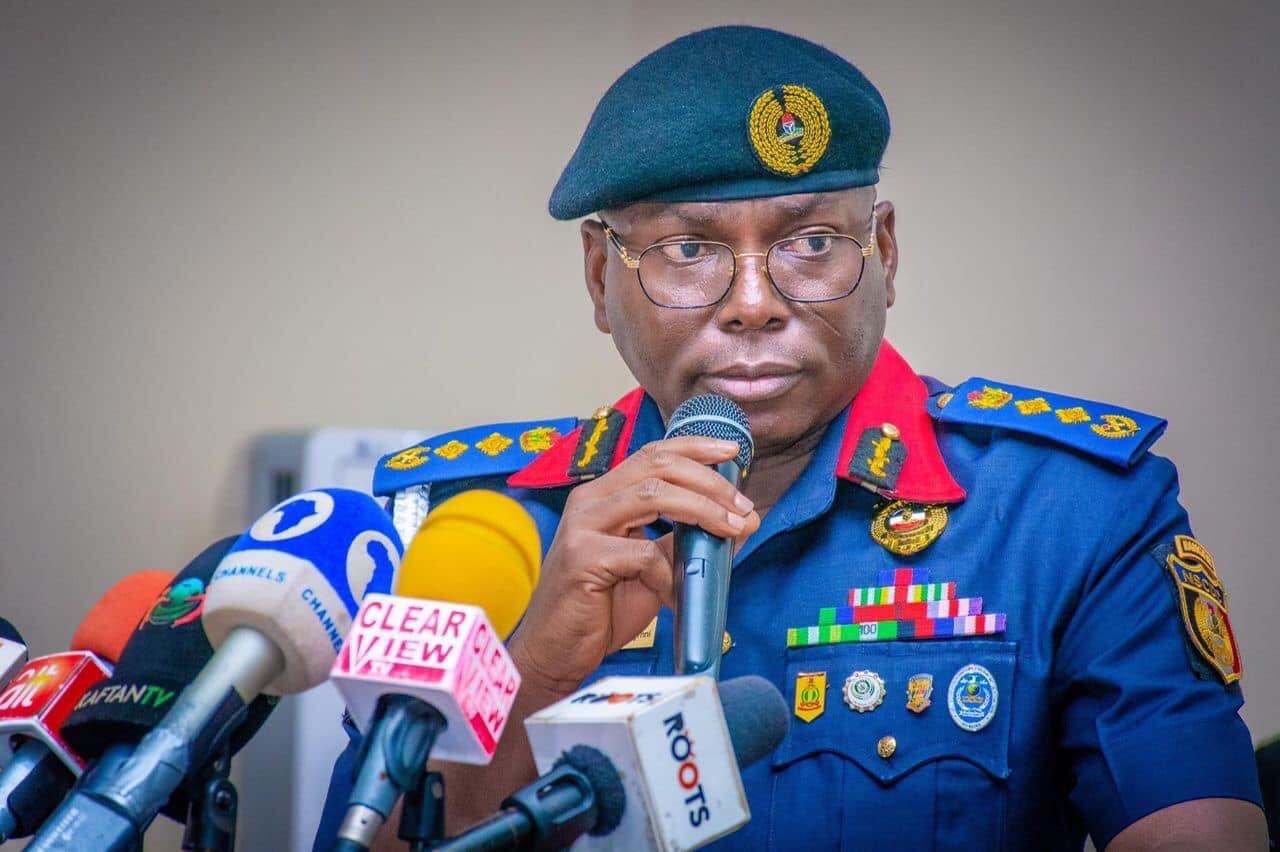 The Commandant General (CG), Nigeria Security and Civil Defence Corps (NSCDC), Dr. Ahmed Abubakar Audi, mni, OFR, has congratulated President Muhammadu Buhari and all Nigerians across the globe for crossing over successfully to 2023.

He urged Nigerians to step into the New Year with renewed hope for a greater, more prosperous and peaceful society devoid of bloodshed or any form of civil unrest and disturbances.

He stated that, although, 2022 came with its own security challenges but government’s efforts in stemming the tide of insecurity and ensuring security of lives and properties of citizens and residents though commendable could be reinforced in the new year which offers new opportunities to change the country’s security trajectory.

Dr. Audi commended officers and men of the Corps for their patriotic zeal in defending the mandates of the Corps at all times which brought about lots of achievements in the out gone year.

He said, “The Corps is blessed with Crops of officers and men that are loyal and dedicated to service.

“I am very happy with them all because the milestone we have achieved in the last 21 months could not have been possible without them.

“I want to task my personnel to remain committed, shun all negative vices and rededicate their loyalty to the service of our fatherland.

“Let me warn others who may be nursing mischievous ideas in their heads to find their way out of the system because the Corps will not condone any form of indiscipline, criminalities or activities against public interest and image of the organisation.

The Corps helmsman charged personnel to sustain the tempo of professionalism especially as the nation enters election year, reminding them of the need to remain acquainted with the new electoral laws and guidelines, the Standard Operating Procedure (SOP) and Code of Ethics of the Corps.

“I charge you not to let down your guards but stay focused on your given assignment of ensuring our nation’s survival this election year.

“Try as much as possible to remain apolitical by not getting involved in partisan politics as anyone caught will bear his or her father’s name on the day of reckoning”, he warned.

The CG asserts that the onus is on personnel to offer the best of service in keeping Nigeria safe and protecting critical national assets and infrastructure from vandals and economic saboteurs.

He added that, year 2023 marks a turning point in the history of Nigeria as it ushers in a new political dispensation that will oversee the affairs of the country for the next four years.

He assures of the Corps’ commitment to supporting the electioneering process by ensuring security of sensitive and non sensitive INEC materials and assets.

Audi hinted that on his order, State Commandants have deployed officers and men to protect INEC offices Nationwide against arsonists’ attacks.

He assures that 2023 general elections will not only be free and fair but would be conducted in a peaceful atmosphere as NSCDC in collaboration with other security agencies have mapped out strategies and are ready to guarantee security of the electorates by confronting criminals head-on.

He called on officers and men of the Corps to activate renewed zeal and vigour that will sustain the tempo of acceptance the Corps is enjoying among citizens today through avoidance of anything that will earn the service bad reputations.

He charged them to keep defending the mandates of the Corps at all time as government’s expectations is huge regarding internal security and protection of critical infrastructure and national assets which survival of the populace depends upon.

The CG assured officers and men that year 2023 will usher in more opportunities for the Corps’ management under his leadership to promote staff welfare in all ramifications by reviewing the activities of last year and making adjustments where necessary in order to continue putting smiles on the faces of personnel to motivate them in meeting the targets set by government for the Corps.