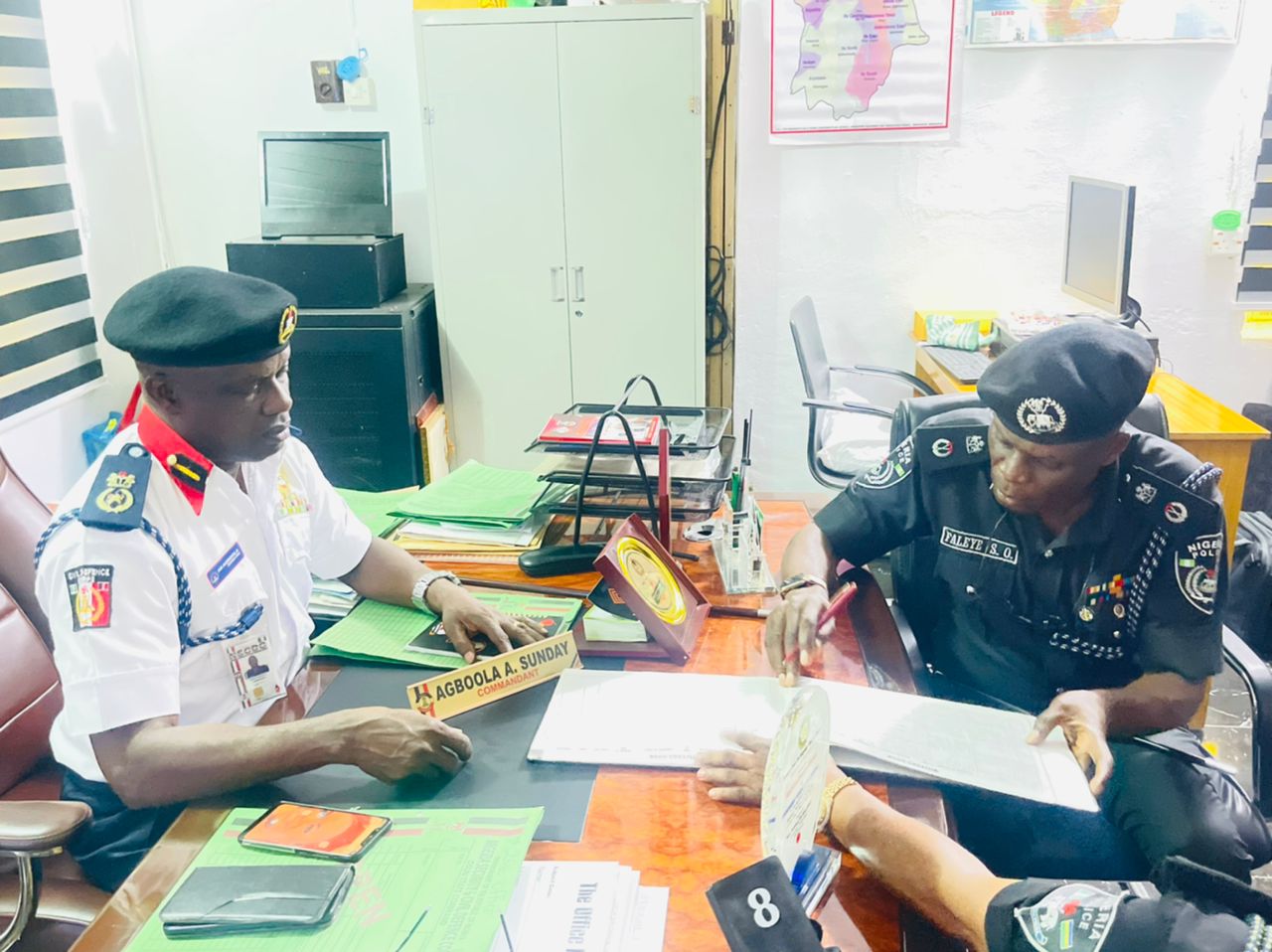 The Commandant, Nigeria Security and Civil Defence, (NSCDC) Osun State Command, CC Agboola Sunday has expressed his readiness to collaborate with Nigeria Police Force and other sister agencies in the fight against insecurity bedeviling the state and the nation

Osun NSCDC boss, Commandant Agboola gave this assurance while receiving the new Commissioner of Police in Osun State, CP Faleye Olaleye in his office at the State Command headquarters in Osogbo.

The Osun helmsman said it is pertinent to have robust synergy among all security agencies in order to achieve a common goal which is safety of lives and property.

Commandant Agboola who also made it known that a strong synergy exists among all security agencies in the state, said the visit of the Commissioner of Police would also renew and sustain the existing relationship between NSCDC and NPF.

While speaking on the purpose of his visit, CP Faleye Olaleye said he has just been redeployed to the state, hence the need for him to strengthen the ties between the two agencies, noting that the collaborative effort of all security agencies is needed to nip crime and criminalities in the bud.

“We must declare total war against whosoever that wants to sabotage the efforts of security agencies and to do this, we must synergise” CP Faleye said

The Commissioner also emphasized the need for security personnel to shun rivalry, “I have given order to my personnel not to disrespect other sister agencies. I am ready to work assiduously in the state, so as to put an end to all forms of criminal activities” CP Faleye said.