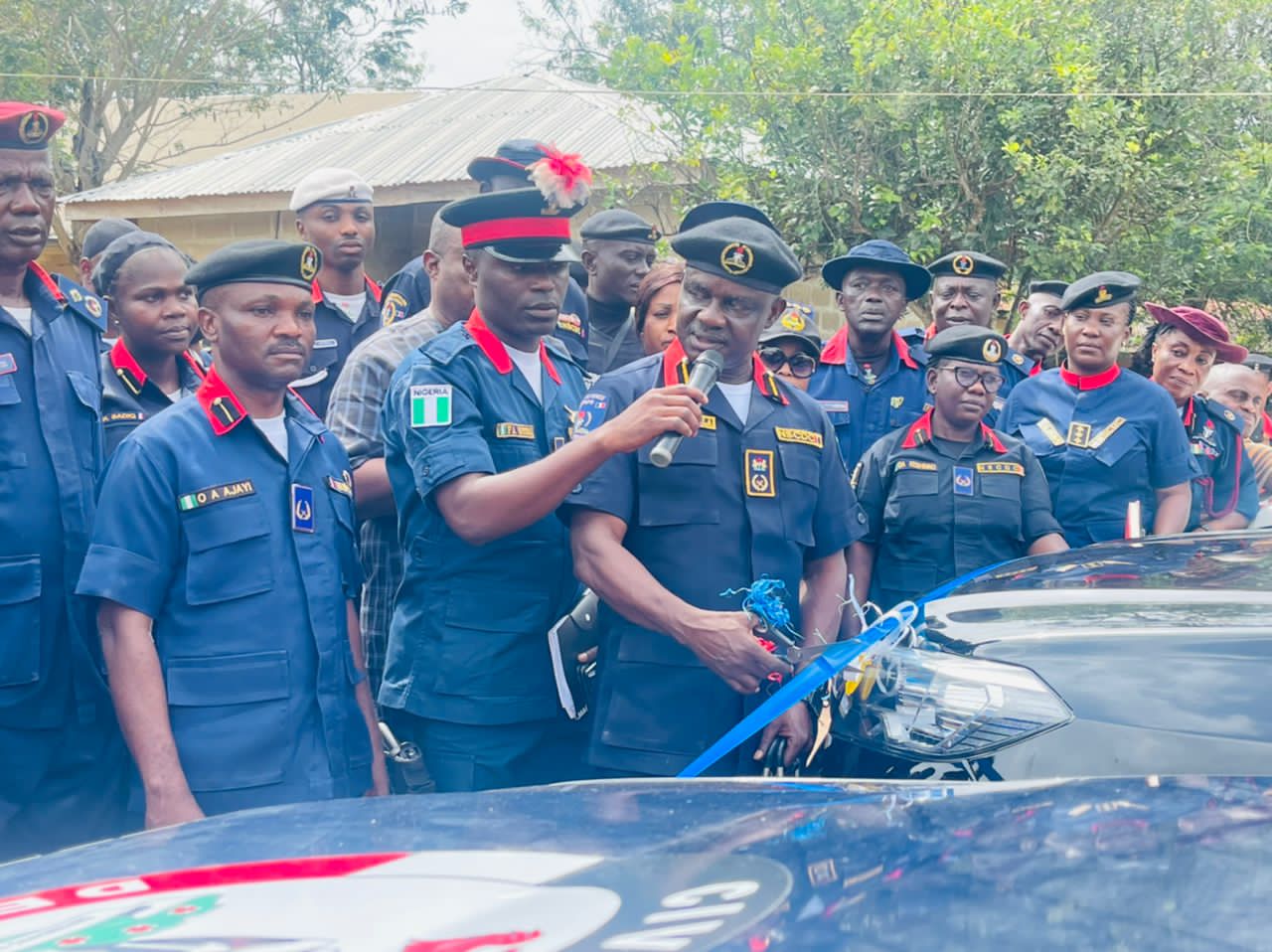 Activities held in marking his 100 days in office were, quarter guard inspection, thanksgiving service at Command’s chapel and mosque with a view to appreciating God for the journey so far, a novelty match between Commandant’s team and Command’s team. The Commandant and his well wishers later proceeded to cooperative hall where he presented a score card of his 100 days in office, followed by the commissioning of three vehicles given to the command within 100 days in office.

In his own speech, the Zonal Commander in Charge of Zone J. Adeyinka Fasiu said the achievements made within  the Commandant’s 100 days in office was made possible through a collective efforts of all the personnel in the State, he therefore enjoined them not to relent.

ACG Fasiu Adeyinka also charged personnel to imbibe the culture of civility, humility and display a high level of professionalism while discharging their duties.

While delivering his speech, Commandant Agboola Sunday said “I want to show my unshakable gratitude to God Almighty and our digital goal-getter and cerebral Commandant General Dr. Ahmed Abubakar Audi mni. who has considered me worthy to be appointed as the Commandant of Osun State Command” “Today marks my 100days in office hence there is need to start assessing, evaluating, reviewing and appraising my activities with a view to projecting and repositioning the command for better and effective service delivery to the people of Osun State,” Agboola said.

Reeling out his achievements, the Osun NSCDC boss said, suspects were arrested due to  various offences such as, fraud, stealing, house breaking, energy theft, employment scam/impersonation, at different locations both within and outside Osun State, paraded  and charged to court of competent jurisdiction, allocation of a new ambulance and buffalo to Osun state command by National headquarters, successful conduct of peaceful gubernatorial elections in the State, allocation of more riffles to the state command by National headquarters, recognition and commendation of the Special Female Squad among others. “I am not celebrating myself but I am celebrating every personnel in the State command because you are an integral part of my administration, your undying efforts toward the growth of the command are highly appreciated” Commandant Agboola said.

He emphasized that the security challenges bedeviling the nation is surmountable as long as personnel remain dogged, resilient, determined and undaunted.

Acknowledging these achievements, the second in command in the State, Deputy Commandant, Adeoti Olayinka, head of Departments, Area Commanders and Divisional Officers across the State took turn to eulogise their boss, Agboola whom many described as a leader, a good manager of men, inventor of change, a private guard company guru and a game changer.

According to them, the Commandant is making a meaningful impact in the State, they therefore prayed for divine knowledge, wisdom and understanding while discharging his duties.

The State Commandant in his own way of serving humanity made presentation of cheques to families of officers who lost their lives while in active service.