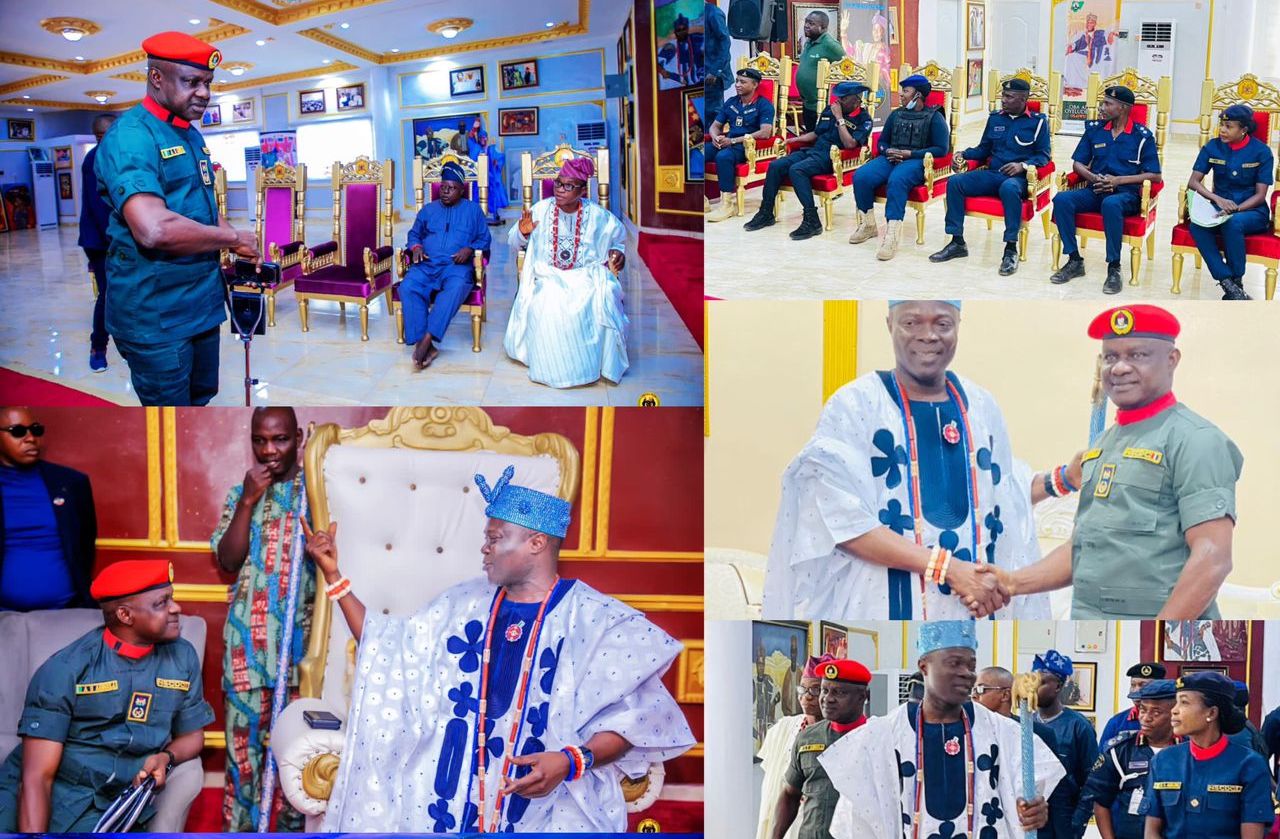 The monarch stressed that a working collaboration among security agencies would help combat insecurity, noting that no single agency can do it alone.

His Royal Majesty Oba Hameed Adekunle Makama Oyelude also commended the personnel of NSCDC in his community saying they have proved themselves to be thoroughbred professionals.

Earlier the NSCDC boss in the State, Commandant Sunday Agboola said he was in the palace to pay homage to the monarch noting that traditional rulers are strategic partners in the fight against crimes and criminalities.

Speaking on the forth coming general elections in the country, the Commandant said the corps is leaving no stone unturned in ensuring that the exercise is hitch free, he therefore called on parents and guardians to warn their children and wards to shun any act that could jeorpadize the electoral process

The Commandant further said that, he was optimistic that a strong relationship with the royal father would enable him to succeed in the state.