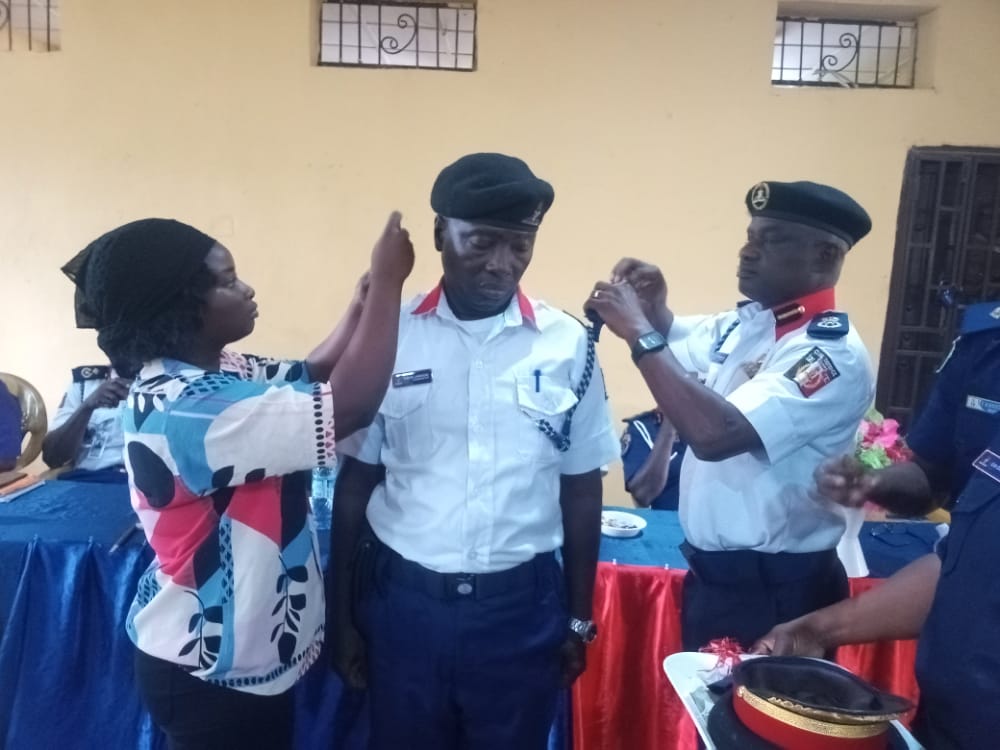 The Commandant, Nigeria Security and Civil Defence Corps (NSCDC) Osun State Command, Commandant Agboola Sunday has charged newly decorated officers to  be committed and imbibe selflessness in the discharge of their duties, in order to justify their promotion. Commandant Agboola gave this charge yesterday during the decoration of the newly promoted officers at the State headquarters in Osogbo, Osun State.

In his address, he said promotion comes with responsibility and they must be psychologically prepared for the task ahead.  “You must be dedicated to justify your promotion and you must display a high level of professionalism while discharging your duties.” He said further.

The categories of the ranks promoted are:

The Osun NSCDC boss however encouraged those who did not benefit in the  promotion exercise, not to be deterred, rather they should continue to work hard “Be hopeful as your own time of celebration will come soon and I believe that you will be promoted in the subsequent exercise” He said.

Commandant Agboola lauded the Minister of Interior, Ogbeni Rauf Aregbesola, the Civil Defence Immigration and Prisons Services Board (CDIPB) and the Commandant General, Dr. Ahmed Abubakar Audi mni, he stressed that the efforts would improve the welfare and service delivery of personnel.

While responding to interview from press on behalf of the newly promoted officers, Assistant Commandant of Corps (ACC) Farinloye Johnson and Chief Superintendent of Corp (CSC) Bashorun Atinuke assured of more dedication to duty, for the corps to achieve its core mandates.

The programme was well attended by family and friends of the newly promoted officers.