PARLOUR IGNORES MAN UTD AS HE MAKES TOP-FOUR PREDICTION, PICKS OUT CLUB WHO WILL ‘STRUGGLE’ 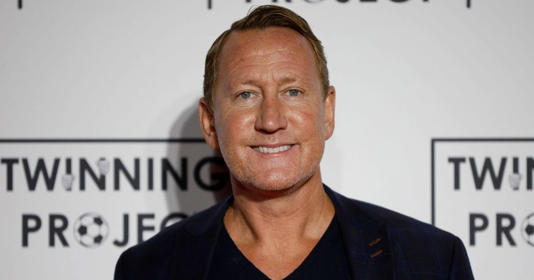 Arsenal legend Ray Parlour has revealed who he thinks will finish in the top-four next season before the 2022/23 campaign gets underway in August.

Man Utd struggled throughout the campaign as they ended up 13 points adrift of Spurs in sixth.

Supporters of the Red Devils will hope that Erik ten Hag will help to improve their fortunes from the start of the 2022/23 season.

Though there is uncertainty surrounding Cristiano Ronaldo. Frenkie de Jong also remains their main target even though he does not want to join them, apparently.

Parlour does not mention Man Utd in his breakdown, yet he does think that Chelsea will “struggle”.

Thomas Tuchel’s side still have a lot of business to do before the transfer window closes. They reportedly want two more centre-backs.

The Arsenal legend has also backed Arsenal to pip Tottenham to third place:

“I would go Manchester City to win it,’ Parlour told talkSPORT (via The Metro).

“Then Liverpool, definitely. I think Arsenal have to aim for third. That’s going to be their aim.

“If they can keep everyone fit, one more player coming in, then they have a decent squad, so I am going to go third for Arsenal and then Spurs will be good [for fourth].

“But I think Chelsea are going to struggle this season. Unless they make some signings, they might make a couple before the window closes and then you might change your mind.

“However, Spurs have to win a trophy.”

Parlour has also argued that Saed Kolasinac, Mesut Ozil and Shkodran Mustafi were “upsetting” the dressing room at Arsenal.

This came after Arsenal technical director Edu criticised some of the club’s former players.

Parlour added (via HITC): “He’s totally right (on Edu saying he’s got rid of deadwood). There was a lot of deadwood in the squad. Mustafi, as you mentioned. Kolasinac, who was there. Ozil.

“There was a little click. They were all hanging out together and it wasn’t good for the dressing room. There are certain times when you have to make big decisions as clubs and say ‘right. I have got to write a cheque’.

“You don’t want to write a cheque to get rid of a player. But we have to because he is upsetting the dressing room and that’s what they did.”