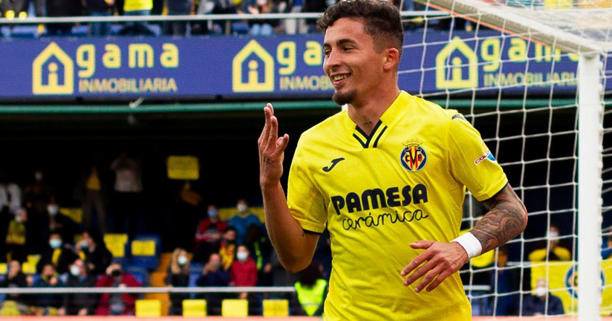 La Liga side Villarreal is reportedly awaiting a bid between €40-50million from Arsenal or Liverpool for Yeremi Pino.

It was reported earlier this week that the Premier League pair both have an interest in the young forward.

However, Reds manager Jurgen Klopp has suggested his transfer business is finished, while the Gunners are believed to be in the market for a central midfielder and/or a winger.

Mikel Arteta and Edu failed in their pursuit of Raphinha after he chose to leave Leeds United for Barcelona, so it has been assumed the club are still on the lookout for a new wide-man.

They have been linked with PSV’s Cody Gakpo, West Ham’s Jarrod Bowen and now Pino, in recent weeks.

It has been a positive summer window for Arsenal, who have brought in Fabio Vieira, Matt Turner, Marquinhos, Gabriel Jesus and Oleksandr Zinchenko so far.

The Gunners have been linked with Leicester City midfielder Youri Tielemans and are preparing to welcome the Foxes to the Emirates on Saturday.

Tielemans is reportedly available for as little as £25m with less than a year remaining on his contract.

Despite this, Arsenal appear to be biding their time and will probably only make a bid if another team comes in for him.

Signing him as a free agent next summer is also an option, though it is a pretty risky stance to take.

Tielemans will likely be the centre-midfielder Arteta goes for, but it is unclear who their top winger target is.

According to Spanish outlet AS, Arsenal or Liverpool are likely to table an irresistible bid to Villarreal for Pino.

The 19-year-old is under contract until 2027 and is believed to have an €80m release clause.

Having said that, the bid that Villarreal are somewhat anticipating is expected to be worth between €40-50m.

The report says this amount would ‘solve any economic problem’ at the club and would be the highest fee they’ve ever received for a player.

Because of this, it is ‘difficult’ to envision Villarreal ‘saying no’ to such a proposal.

It is noted the La Liga club have faced similar situations in the past.

They agreed to sell Santi Cazorla to join Malaga in 2011 for around €21m and last year accepted a bid from Tottenham for Pau Torres believed to be in the region of €50m.

Cazorla accepted to join the club’s La Liga rivals, however, Torres opted to stay as he wanted to play in the Champions League with his boyhood club.

So, it is down to Pino to accept a move for elsewhere should Villarreal accept a bid.